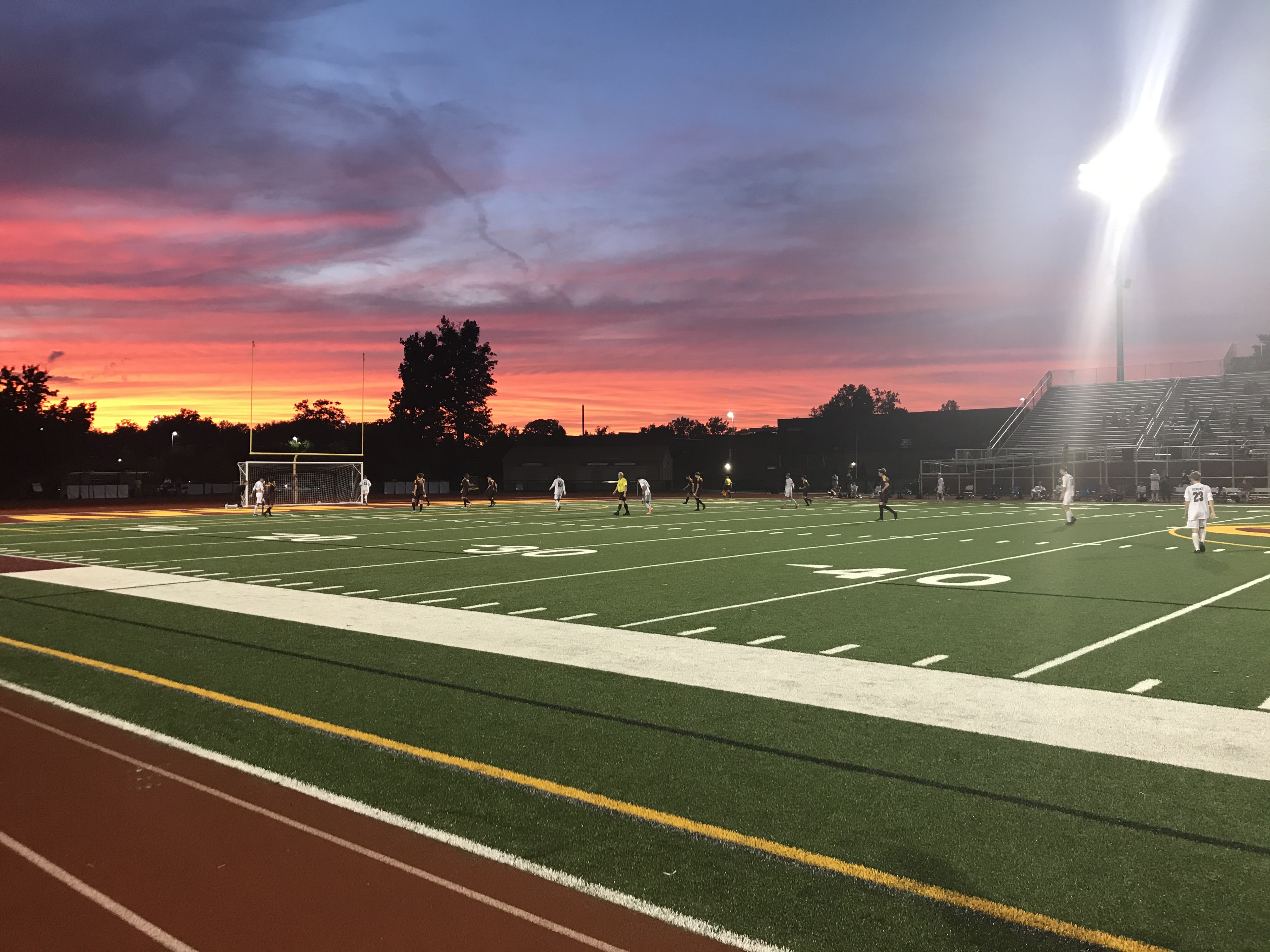 The Shoremen got started generating chances early, as within the opening 2 minutes sophomore Max Kramhoeller, who was up and down the field all game, carried the ball up the left side before cutting inside and unleashing a 30 yard shot that sailed just high.

Two minutes later senior Logan Allemeier delivered a nice lofted ball over the top of the Westlake defense to fellow senior Liam Reutter, who collected and shot on target, though it was comfortably saved.

In the 13th minute Avon Lake got on the board first as Liam Reutter heaved a long throw in into the Demon 18 yard box and junior Nate Summerfield flicked a clever header to the back post to make it 1-0.

Seven minutes later the Shoremen put together a nice counterattack after a Zach Glesius save. Glesius threw an outlet pass to junior Andrew Crooks, who fed it to Summerfield who took it into Demon territory before returning it to Crooks for a shot from about 20 yeards out.

Westlake equalized in the 25th minute after an attempted clearance by the Shoremen at midfield was kept in and initiated a 3v2 counter. Westlake’s forward picked up the ball around 35 yards out and carried it, beating the first defender, shooting past the second and squeezing a low shot by Glesius into the left corner to make it 1-1.

Avon Lake responded quickly, scoring two minutes later after a long throw in by senior Tyler Johnson found senior Zach Ramsey at the top of the 18. His shot was deflected off a Westlake defender and bounced fortuitously to senior Logan Allemeier, who took a touch before picking the upper left corner with a falling down shot from 6 yards out to make it 2-1.

Kramhoeller almost scored with about a minute left in the first as he wrapped his foot around a first time shot that the Westlake keeper got a finger on and caused to clang of the post. Ramsey shortly after also had a volley drive that flew just a foot over the bar. Halftime scored remained 2-1 Shoremen.

The second half was all Avon Lake. The first ten minutes the Shoremen kept sustained pressure on the Demons, mounting one attacking movement after another and keeping them hemmed in their own half for the most part. In the 50th minute the Shoremen finally broke through after Liam Reutter slipped a through ball to Ramsey on the left side, who powered forward and finished a left footed shot under the Westlake keeper to make it 3-1.

In the 65th minute the Shoremen struck again, this time off a superbly placed corner kick from junior Nick DelGiudice that fellow junior Aiden Folds headed home to the right side to make it 4-1.

The final tally happened in the 78th minute after Allemeier placed a dangerous free kick into the Demon 6 yard box that was headed straight up by a defender, before a miscommunication caused the falling ball to bounce off another defender’s back and into their own net. Initial reports indicated that Summerfield had gotten a touch to the ball before it crossed the line, however conclusive video evidence proved that Summerfield may not have been thinking clearly when he claimed he poked it in, though he did try.

“Great win tonight,” said Shoremen head coach Pete Klepek. “Very excited by how we put the game away in the second half. We felt confident but the score was only 2-1 at half, so to assert ourselves the way we did was important.”

After his goal in this game Ramsey now has a team-leading 3 goals on the season. Overall the team has score 10 goals over 3 games, with 6 goal scorers, and 7 players registering an assist, including Ramsey and Liam Reutter with 2 assists each.