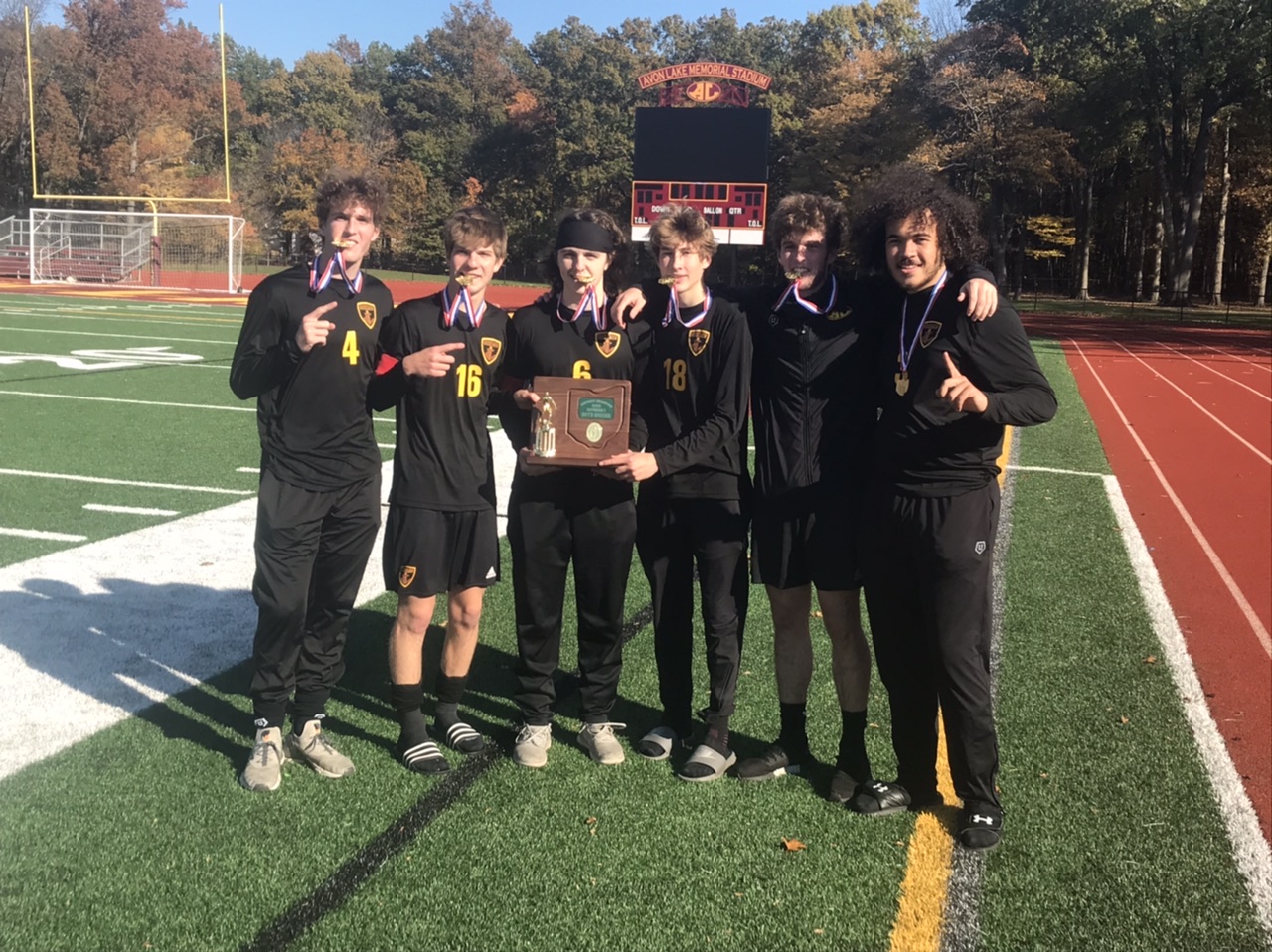 After a tough matchup against Copley in the district semifinal, the Shoremen were looking to establish themselves early, and enjoyed a good spell of possession over the first few minutes.

However it was the Blue Devils with the first good opportunity in the 6th minute, after their winger was given too much space he advanced into the Shoremen box and got to the end line before playing a dangerous ball in front of the goal that senior center back Cullen Reutter had to clear out.

In the 10th minute Avon Lake had a decent chance after sophomore left back Max Kramhoeller beat his man and delivered a ball to the back post that got by the keeper, but junior forward Nate Summerfield couldn’t quite get on the end of it.

Senior winger Zach Ramsey got the ball in space in the 16th minute, beating his marker on the left and unleashing a shot on target that the Brunswick keeper had to make a diving save on to keep the score 0-0.

Kramhoeller had a good shot in the 29th minute, picking up the ball outside the box and hitting a left footed drive that took a deflection and forced another quality save from the Blue Devil keeper.

In the waning moments of the first half junior right back Owen Wiley hit a little lofted ball to the top of the 6 for Ramsey, but his flick header went wide left and the halftime score was knotted at 0-0.

After a halftime team talk that focused on possessing the ball and playing Shoremen soccer, Avon Lake started to increase the pressure on Brunswick, forcing them to pack it in and look for counters.

In the 42nd minute Ramsey played a great corner kick to the corner of the 6 that fellow Cullen Reutter nearly got a head on. But Brunswick’s keeper got off his line quickly to punch it away.

It took until the 67th minute for the Shoremen to finally breakthrough, a credit to an organized and competitive Brunswick team. Kramhoeller played a low cross into the 18 to senior Liam Reutter, who chipped it over a Brunswick defender to junior Andy Neipp, who left no doubt as he hammered home what would be the game winner.

Avon Lake struck again in the 73rd minute, as Liam Reutter picked up the ball outside the 18 and carried it in past a couple of defenders before hitting a lefty shot that trickled by the keeper and was tapped home by Summerfield for the 2-0 advantage.

The icing on the cake came in the 79th minute after Brunswick sent their whole team forward for a free kick that was cleared out by senior Sean Graney to the feet of Ramsey, who dribbled it all the way from his own 35 yard line before chipping it out of the reach of the retreating keeper for the final 3-0 margin.

With the win the Shoremen are district champs for the first time since 2013, and advance to face 2nd seeded Medina at their place in a regional semifinal on Wednesday November 4th.

“I love these guys,” said head coach Pete Klepek. “We’ve been building to this moment for the last 4 years and I’m so happy for our seniors who led the way. They have bought in, worked hard, and don’t want the season to end. Now we get to enjoy this for a little bit and then prepare for a difficult challenge against perennial state title contenders Medina.”

The win improves Avon Lake’s record to 16-2-1 on the season. The Shoremen end up with an undefeated record at home this year, going 10-0-1.