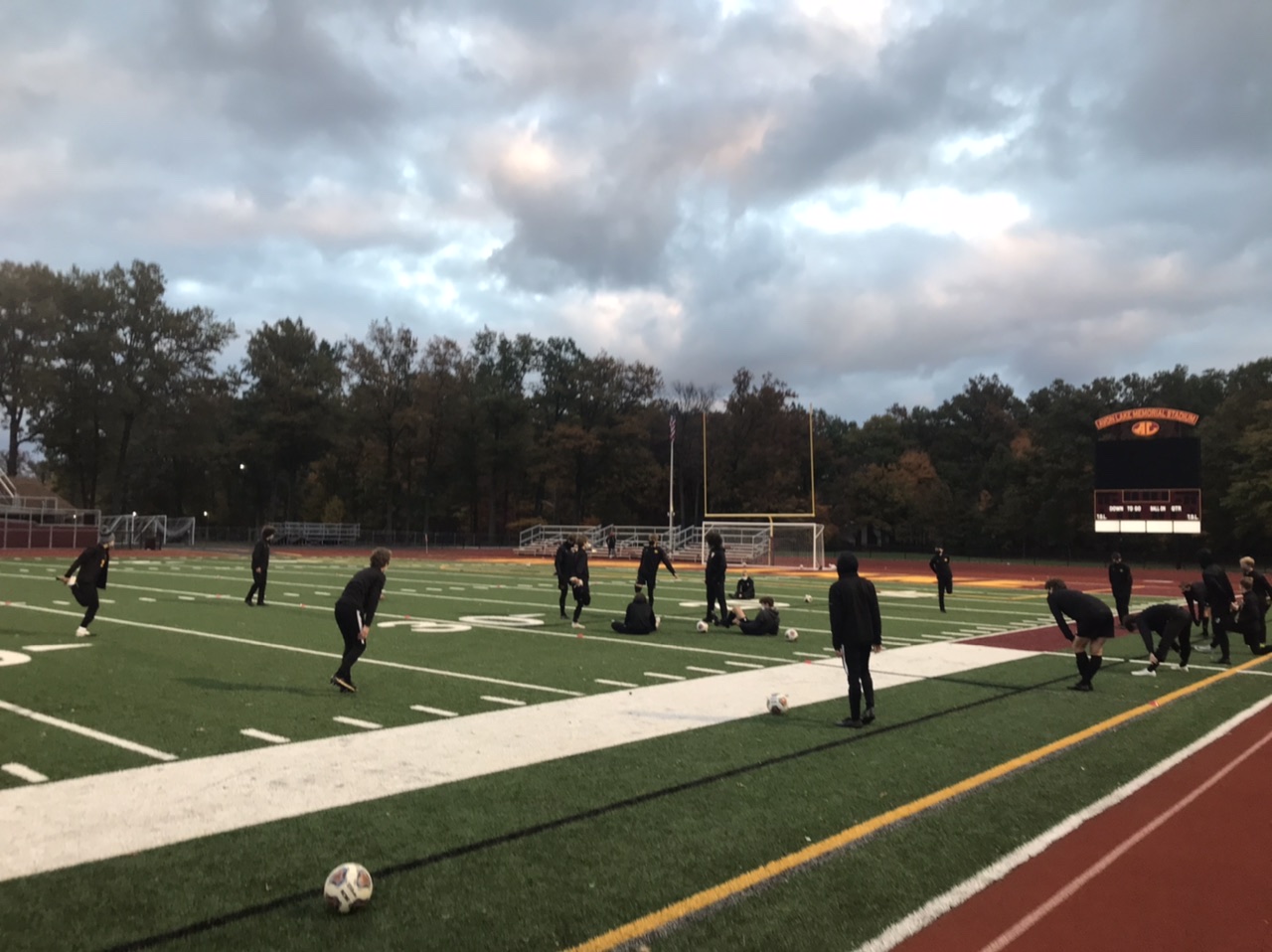 The first half was a tentative affair, as the Shoremen started slowly and never looked comfortable against a well organized Hornets team.

The best chance for each team happened ten minutes into the game. First, junior Nate Summerfield played in Senior Logan Allemeier on the left with a nicely weighted lay off and he carried it into the box and hit a hard shot low and to the near post that the Hornet keeper did well to stab away.

Shortly thereafter the Hornets picked up a ball in the Shoremen half and got in behind the defense before getting a good look in the box that junior keeper Zach Glesius had to make a great save on.

At halftime the score was knotted at 0-0, with all still to play for.

It didn’t take long for Avon Lake to take control in the second half, as they found their composure and started playing Shoremen soccer.

The Shoremen almost struck gold just 3 minutes into the half, off a laser from senior Cullen Reutter off a bouncing ball from about 40 yards out. His volley beat the keeper but was kept out by the crossbar.

The pressure on the Hornets continued to build as the Shoremen set up shop in their half of the field, but to their credit they stood strong, holding on to the tie for as long as they could.

The breakthrough finally happened in the 57th minute after junior Andy Neipp danced around a defender to the end line before hitting a low cross through the six yard box. While senior Zach Ramsey got the second to last touch to earn the assist, tapping it to fellow senior Liam Reutter for the easy finish, Neipp‘s hockey assist was the beginning of the end for Highland.

One minute later Ramsey was fouled about 30 yards from goal, and he delivered his free kick to the head of Neipp for a flick on that Liam Reutter deftly finished for the 2-0 lead.

In the 61st minute Avon Lake struck again, this time after junior Joel Tassinari was taken out near the right touch line. Allemeier stepped up and hit a beautiful ball the back post that Tassinari headed home to make it 3-0.

The finishing touch on a dominant second half came in the 78th minute as senior Cullen Reutter picked up a ball in his own half and played a lovely deep ball for fellow senior Tyler Johnson to run on to. Johnson, who minutes earlier put a ball in the back of the net before being ruled offside, dribbled in and hammered a finish home for the final 4-0 margin.

“Hats off to a well-coached Highland team for making us sweat,” said head coach Pete Klepek. “We didn’t play like ourselves in the first half and some of that credit goes to them for executing their game plan. Playoff games are like this, and it was good for us to face some adversity and then overcome it with our quality.”

The victory improves Avon Lake’s record to 14-2-1 on the season, and advances the Shoremen to a district semifinal matchup against 6th seeded Copley.

With his brace Liam Reutter takes his goal scoring total to 12, just one behind Ramsey for the team lead. Johnson’s goal was his 5th and Tassinari’s his second, and second in the last two games.

Glesius and the Shoremen defense earned their 8th shutout of the season.

Copley heads to Avon Lake on the heels of a resounding 7-0 win against SWC compatriot North Ridgeville in their first playoff game. The game will be played on Wednesday October 28th at 7pm, with the winner facing off against the victor of Avon and Brunswick in the district final.

Scrimmage
9:00 am
View All Events